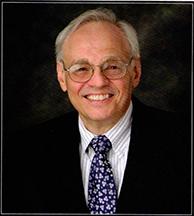 Andrew F. Schneider was born and raised in Brooklyn, NY. During the tumultuous years between the 1960's and early ‘70's, when the Viet Nam war raged at home and abroad and the civil rights movement emerged, he decided to embark on a profession that helped people who needed it most. After college, he enlisted in the National Guard and then moved to Philadelphia to attend Temple Law School.

He worked as an Assistant Attorney General for the Governor's Council on Alcohol and Drug Abuse (part of the Governor's Office) and he was permitted to do some outside work. Because he lived in Middletown, PA, known for Three Mile Island, he was repulsed by their curfew; so, without a staff he filed a lawsuit in the Middle District and took it up to the U.S. Supreme Court.

Shortly after the birth of his daughter, and further in his commitment to people, he worked as an advocate for the American Bar Association, representing mental patients at Norristown State Hospital. When that project closed, he was hired by the Bucks County Public Defender's Office as an assistant public defender. It was love at first sight.

After four of his happiest years, he went into private practice and has handled any number of high-profile criminal cases in Pennsylvania, as can be seen on his website.

He is married to Debbie Yoder Schneider, who is also a lawyer, and intends to keep defending people until he "drops." They have a son and three cats.